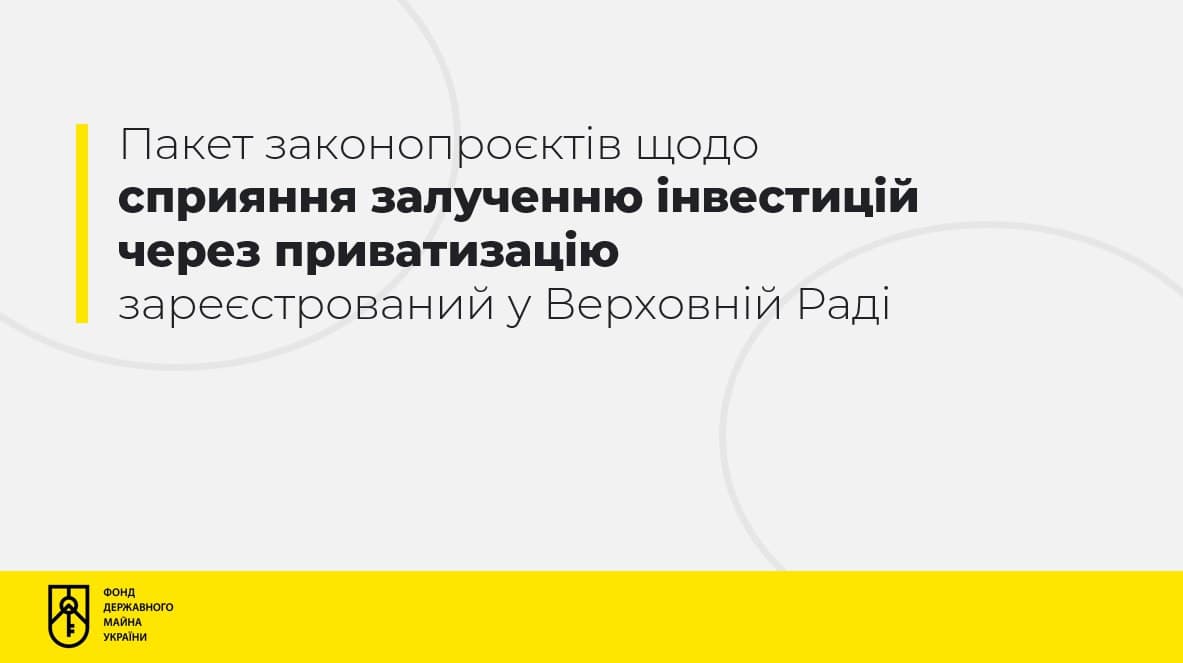 The Verkhovna Rada of Ukraine has registered draft laws on promoting the attraction of sustainable investments in the economy of Ukraine.

These draft laws were developed with the active participation of the State Property Fund, a group of people’s deputies of the Verkhovna Rada of Ukraine, the Office of Simple Decisions and Results, as well as a wide expert discussion, and they received positive assessments from representatives of the business environment and were supported by the National Reforms Council under the President of Ukraine.

The aim of the proposed changes is to accelerate economic growth by attracting sustainable investments, promoting the creation of new jobs, simplifying privatization and lease procedures, as well as restoring investor confidence while serving the interests of the state.

Legislative changes, in particular, include:

– simplification and stimulation of the privatization process for economic recovery and growth;

– ensuring transparency and openness of privatization;

– protection of the rights and interests of investors and the state, in particular, through the creation of mechanisms for preserving licenses and permits for privatized assets, eliminating obstacles from the sale of objects burdened with arrest to a new owner with the transition of relevant obligations;

– overcoming the resistance of former interests, including due to the automatic termination of contracts with the heads of state-owned enterprises that are privatized;

– transformation of the State Property Fund of Ukraine – both organizationally and functionally;

– improvement of the processes of lease of state and communal property and harmonization of them with the legislation on privatization.

In case of positive consideration of the package of draft laws by MPs in the session hall, changes are also expected for the State Property Fund itself: the Fund will be transformed into a single legal entity instead of the central office and 11 regional offices, which will simplify accountability and control.

The package of draft laws amends 27 legislative acts and three codes by separate draft laws, and consists of the following draft normative acts:

“On Amendments to the Law of Ukraine “On the State Property Fund of Ukraine” and other legislative acts of Ukraine on promoting investment in the process of privatization and lease of state and communal property”;

“On Amendments to the Budget Code of Ukraine (regarding funds from privatization of the state property)”;

“On Amendments to the Tax Code of Ukraine (regarding the sale of state and communal property in tax lien)“;

The State Property Fund expects a positive consideration of draft laws by the Verkhovna Rada. 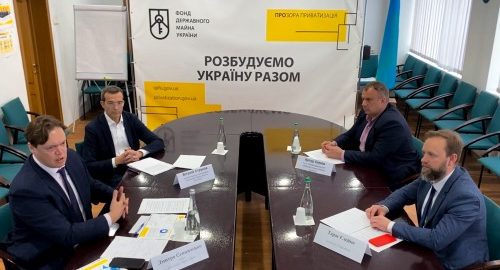 19.04.2021
Leave a Comment
On April 19, 2021, Dmytro Sennychenko, Chairman of the State Property Fund of Ukraine held an online press conference, at which he spoke about the developed privatization conditions and the determination of the starting price for United Mining and.
Read more

26.02.2021
Leave a Comment
There is an overview of six sectors of the economy, analysis of dozens of enterprises and instructions on how to participate in auctions. Investment menu includes the TOP objects to be privatized in the coming years. The document was created with.
Read more

15.02.2021
Leave a Comment
The Chairman of the State property Fund of Ukraine Dmytro Sennychenko signed the Memorandum of Understanding (Memorandum) with one of the world’s largest investment fund - Mubadala Investment Company PJSC, during the official visit of the President of Ukraine.
Read more