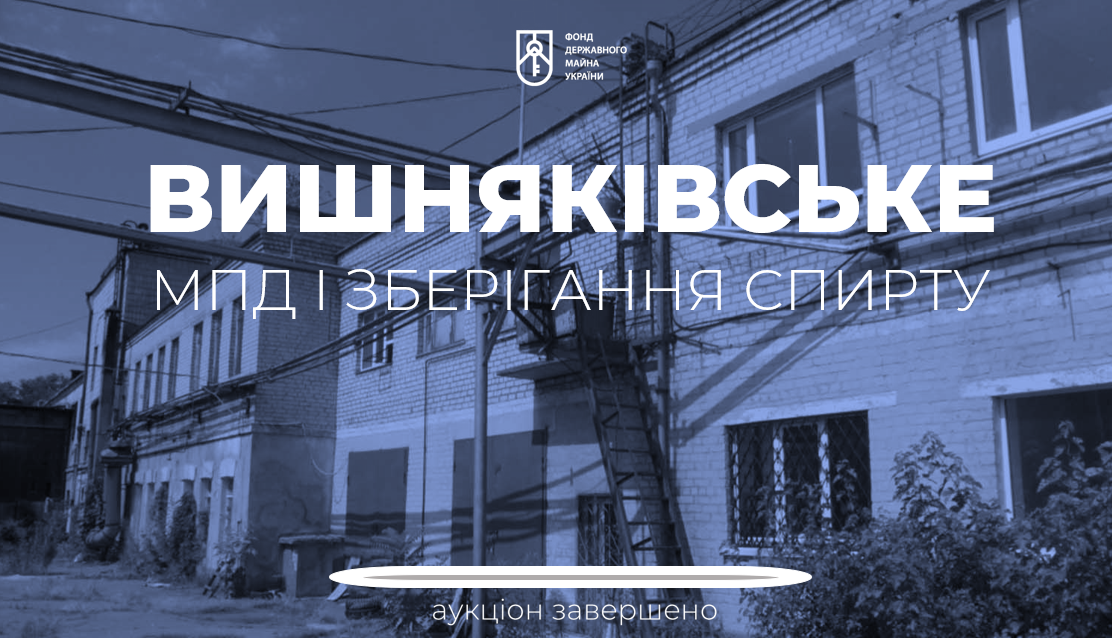 On March 4, an online auction for the privatization of separate property of the “Vyshniaky Operating Location and Alcohol Storage of SOE” “Ukrspyrt” (alcohol production) was held, as a result of which the State Budget should receive UAH 101.2 million.

The object is located in the Vyshniaky village, Khorolskyi district, Poltava region, was founded in 1776 and modernized in 2015.

The successful privatization of this asset is part of the demonopolization of the alcohol industry, which began in 2020. According to the results of transparent auctions, the State Budget should be already received about a billion UAH, and most importantly, the formation of a new alcohol market has begun.

Until recently, only two countries – Ukraine and Belarus – were countries with monopolies on alcohol production. Over the past 10 years, the production of legal food alcohol has decreased in 4 times, and the share of shadow turnover has increased from 10% (in 2007) to 55% (in 2019).

Transparent privatization of alcohol assets opens up new opportunities for both the country and auction participants. Investors, together with the ownership of alcohol industry objects, get an exclusive opportunity to become the first participants in the new market. The State will receive revenues to budget, investments in modernization of production, new jobs.

In total, the State will put up for privatization 41 operating locations, which are part of the SOE “Ukrspyrt” and another 37 objects, which are united in the concern “Ukrspyrt”.

To read more about the privatization of the alcohol industry and the upcoming auctions follow the link: https://bit.ly/3uWLWLA