The “System” is fed up. How e-car charging stations are assembled instead of TV sets “Berizka”

Two years ago Kharkiv “AutoEnterprise” acquired 99.99% of shares of PJSC “Research and Production enterprise “Systema”. The investor got ruins of the building, where in Soviet times thousands of TV sets “Berizka” and “Oskar” were monthly made. Together with the ruins he got floors covered with garbage, collapsed roof and numerous debts.

Since then investor has passed through all the hardships of the Soviet legacy and was able to build a cutting-edge center, producing e-car charging equipment and charging stations that are retailed all around the world.

Investments in the object have already increased by 30 times in comparison to UAH 8.5 million paid by “AutoEnterprise” two years ago for the 99.99% enterprise’s shares. The record number in product manufacture was recently set – EURO 3 million per month.

Dmytro Nikonov, General Direcor of “AutoEnterprise” speaks on how transformation of “System” went and why neglected enterprises need to be urgently privatized. 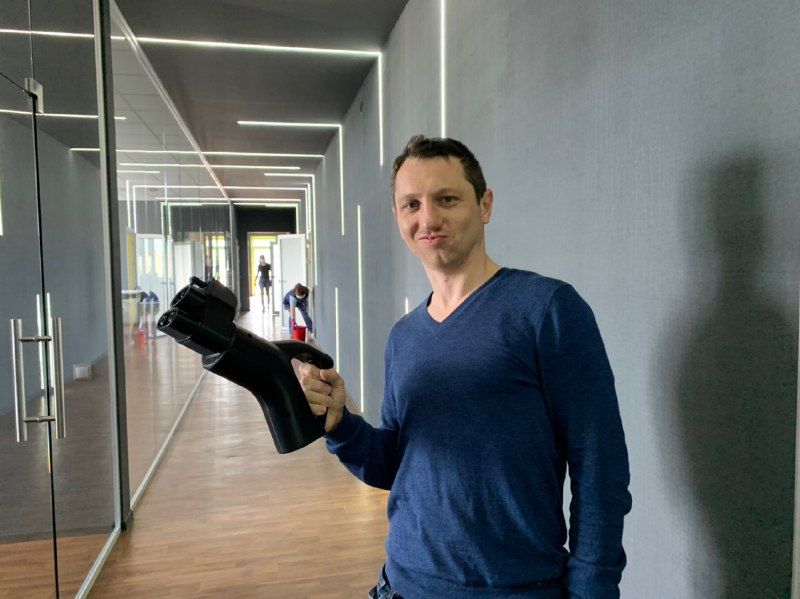 – Mr. Dmytro, how did the idea to privatize Plant “Research and Production enterprise “Systema” come into being?

– At that time I rented from firm “Radmir” which was JSC “Research Institute of radio engineering measurement”’s subsidiary, 7000 sq.m for our production needs. At the moment of lease contracts conclusion, the premises were in neglected condition. We invested in costly repair with the purpose of long-term rental. Regardless, later the landlord raised the rent, in hope that we had no choice but to accept the situation because of the already done repairs, that fitted us.

If not for that, we wouldn’t have thought about purchasing new asset. And one day, when I was angry because of another message on rent increase, I knew from the State Property Fund of Ukraine’s officials that Kharkiv Plant “Research and Production enterprise “Systema” was prepearing to be privatized.

I looked at this as an opportunity to get rid of the dependence on landlords’ excessive appetite for good and so I decided to acquire the asset.

– And so you’ve privatized the mid-century building. Reconstruction is still in progress but the part that is already in use makes an impression of a cutting-edge innovation centre. How did you manage it?

– Yes, this is a really “heroic” history because the part that was in a better condition was sold earlier. We got ruins and a collapsed roof. Such neglected state assets have to be given to “people with ideas” as soon as possible or sold while they are worth something. Such situation with the state enterprises is everywhere. I visited an aircraft factory “Communar” and saw that everything was falling apart there.

Imagine, we’ve just spent UAH 12 millions for roof repairs! Not mentioning the interior. We made a high-tech repair, including a design fix, that costed about USD 1000 per 1 sq.m, because highly-skilled people work here and some of them are literally innovative technology creators. People with such qualifications can’t work in inadequate conditions.

And trust me, that dilapidated building repair is not the most difficult thing we are faced with here.

We had to start not from repairs but from an audit. Yes, we started with the overpriced audit! We’ve just spent UAH 12 million to put in order documentation.

When we came to “Systema” as new owners, there were 5 employees: a mechanic, a plumber, an office manager and two directors. Enterprise’s activities at that time were just the rent of the warehouses, in cash. When we came, the first thing we did was stopping it, because we do not do anything for cash. We work transparently.

And then one by one, we began to receive surprises! At first, we received debt in the amount of UAH 38 million. It turned out, that “Communar”, inexplicably, hadn’t invoiced for electricity within a few years and it suddenly remembered to do it. And the most “funny” thing in this story are the invoices from private contractor for the 20 years ofadvertisement of the TV sets “Berizka”, even though according to the documentation, the TV sets were not made in that period at all!

Not only we were deceived. The State was deceived. For example, I encountered that one and a half floors of the building were covered with garbage, that needed to be removed and recycled: old picture tubes, a large number of broken glass, TV set boxes. And the most important thing was that there we had a lot of garbage to write-off. Imagine, there was no write-off for 30 years! For example, one chair leg with inventory number remained from the whole chair and they didn’t write it off! Why? Well, because when writing off these things it is needed to pay value added tax (VAT).

I conducted all the write-off, repaying VAT fully. When I looked at their accounting documentation, I realized that the enterprise was consciously brought to such poor condition.

I can’t believe that 20 years ago, having profit and technology, there wasn’t a possibility to continue TV set production. TV set is a primitive thing in comparison with chargers we make! You just would need to write software for Android to allow connection of different devices. Then you would take a panel, some nice plastic stamp… and the world could still watch TV sets “Berizka”. However, they took plastic stamps’ slabs outside, left it in backyard, under the sky, and plastic stamps were probably sold a long time ago. When we acquired the enterprise, these slabs grew into the ground. For some reason, at that time, it was easier to steal little money than earn money for the future. That’s why I’m sure, such enterprises are needed to be sold to private persons as soon as possible. Private persons won’t steal from themselves. And it doesn’t matter if they buy it expensive or cheap. The main thing is that they have to be people with an idea. For example, the State gave Tesla creators a plant for free. So now the world has Tesla.

– So now, after 2 years from the moment of plant “Research and Production “Systema” privatization, the reconstruction is fully completed, isn’t it?

– No, it isn’t. So far we have fixed 50% of the building. It took over a year to do this. We have assembled modern expensive equipment on the repaired premises, in fact, we have organized here closed production cycle: we develop software here; we produce and test boards and robots, making installation works and assembly of components, robots making robots… We even cast metal for our own needs and have a small machine for plastic melting. And then there will be even more.

– How much did your investments cost to you?

– Only in the floor fists reconstruction we have invested about USD 400 000. The total investments are about 30 times over the paid object’s auction price. We can afford it because we produce high margin product, that is, the product of high added value. We have recently got our own record, making products for EURO 3 million per month.

We’re planning just in a month to launch in operation one more part of the premises because now we do not have enough space to place all necessary capacity and people. After that we will begin to produce charging stations more than anyone in the world, apart from Tesla.

Now practically entire Europe uses our controllers, charging stations or any other of our products. We can say that we are among the world’s leaders in plugs, charger controller technology and server technology production. 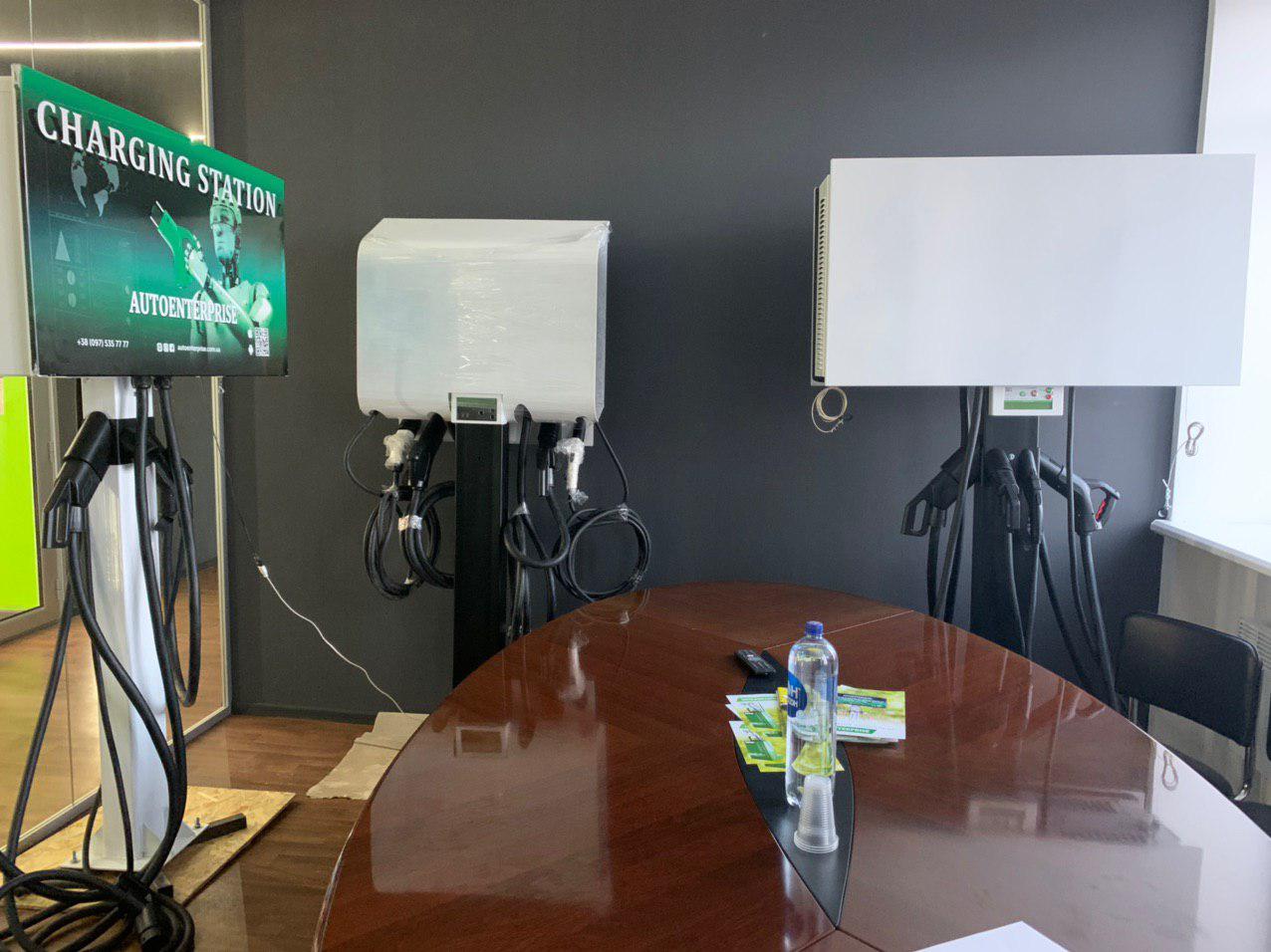 We develop cases for our electronics for many leading automobile manufacturers in their style. We can say that on the Porsche’s body it is written “Porsche” alongside with written “Made in Ukraine”. That is cool!

– How many people do you have working on your factory?

– Now we have 700 employees. When we launch new capacities, we’re planning to increase amount of employees to 1000.

– What is the  wage level at your enterprise?

– Everything depends on worker’s output and qualification. I can confirm that they are competitive even by European standards, especially in case of engineers, developers, designers, system analysts, system architects.

– How do you look for experts? Are there enough people with such qualifications in Ukraine?

– We return people who left Ukraine. We find them via Facebook, LinkedIn networks and return them.

– We invite people to take a tour in our enterprise. We understand fully what and how we’ve repaired; what product and how we produce; what technologies we use. They compare for themselves and they already know what to compare it to. They have good understanding that we are ahead of the planet and, as a rule, they express a desire to hop on the high-speed train.

– Does it really work?

– Yes, it works. 70% of our intellectual potential are people that we were able return to Ukraine. Some of them we just kept from leaving Ukraine when they were one step from doing it. We have an aircraft plant in nearby location. So, there are a lot of its and “Kommunar”’s former employees, living in the district. We were able to intercept the best of the best among those who were out of work at that time. Now, in fact, the district (the former complex “Research and Production enterprise “Systema”) got a new life. There are a lot of students who are studying and already working at one of the most innovative factories in the world.

– Thanks to your activity, Kharkiv today is a Ukraine’s leader in the number of charging stations. Tell us, please, about this direction of your activity.

– Yes, really, we have spent a lot of resources and time to check up transformer substations operating in the city at that time. Most of them didn’t even have sufficient documentation. During 4 years we’ve checked 156 such substations. Checking cost for one substation was on average USD 3000. On extra capacities we have installed charging stations, where Kharkiv electric taxis charge. It was our separate investment in construction of Kharkiv charging infrastructure.

– And it paid off. I don’t know how it is for the enterprise but for the city that’s for sure. What part of the total Krarkiv taxi park today concists of electric cars?

– So, in other words, your production is business-forming, isn’t it?

-Yes, it is. And it’s not just about passenger taxi transport. Due to the existence of well-developed infrastructure in Kharkiv, business entities, who lease electric cars, based on car-sharing model, began to work in the city.

Search for interesting objects to invest! 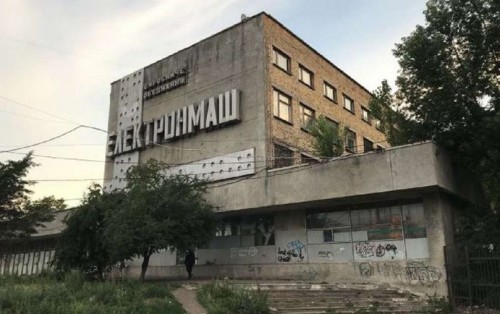